10 questions and answers about circadian rhythm 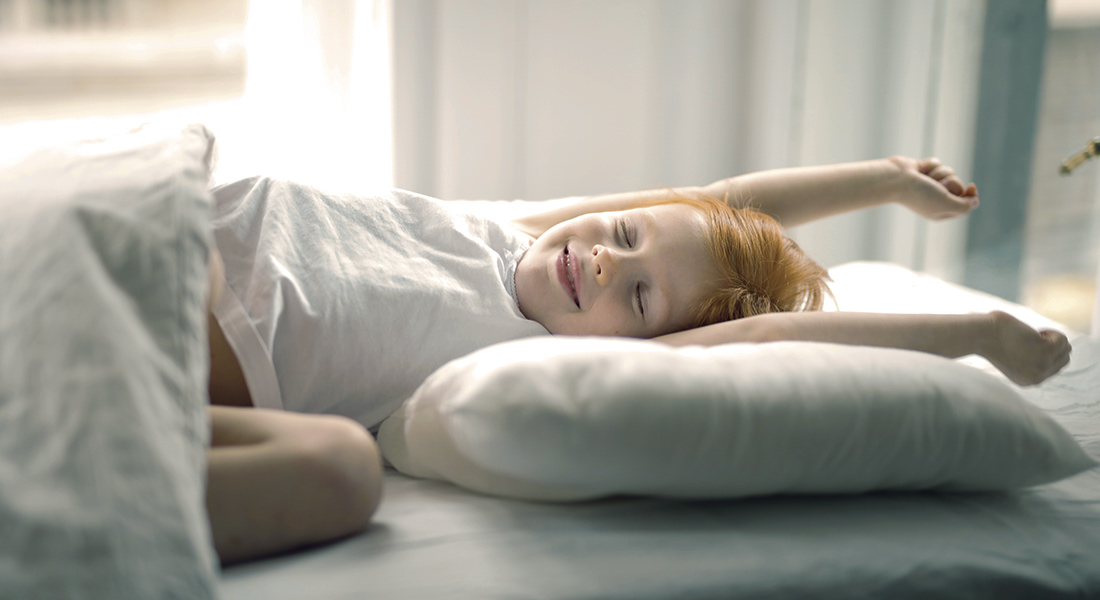 Feeling hungry when it’s time to have lunch or dinner, the drowsiness that comes at night or the level of predisposition you have during the morning or the afternoon. You may think all this is a matter of ‘practice’ or a habit that you developed throughout your life and according to social norms. But it is not quite like that. All of it is defined by your circadian rhythm.

Circadian rhythm, as its name tells, means ‘around 24 hours,’ which means that it can be slightly longer than one day. In one of the most known studies in the field, Professor Nathaniel Kleitman, from the University of Chicago, and his assistant, Bruce Richardson, isolated themselves in a dark cave for more than a month and noted that our circadian rhythm may actually last up to 28 hours per cycle.

1. What is circadian rhythm?

Circadian rhythm are physical, mental and behavioral changes that happen in a cycle of about 24 hours. These changes are greatly affected by natural light and darkness, and affect most living beings, from humans to microbes, and even plants.

Also called circadian cycle, it is part of what is commonly called biological clock. In other words, it is the automatic control of our body’s actions that varies according to daytime or nighttime. This way, we don’t need to worry about “remembering” to sleep or secret hormones, for example.

The mechanics of the circadian rhythm is individual and particular of each person: nobody’s works the same, not even identical twins. This is why, for example, some people are more productive in the morning and others at night – it’s natural of each person. In this specific case, this ‘tendency’ is regulated by the chronotype – more on that later.

2. What’s the function of the circadian rhythm?

Sleep regulation is the most important and known function of the circadian rhythm, but it is also responsible for regulating hormonal functions, our feeding, and a wide range of other activities of the human organism.

Some of those activities include the way to react to energy consumption throughout the day, arterial blood pressure and fat storage.

3. How does the circadian rhythm work?

The main trigger for the circadian rhythm is light (and the lack thereof). It’s not strange, then, that blind people tend to have problems in their biological clocks, since they do not perceive light signals through their eyes.

What’s more, until not long ago, the mechanics of the circadian rhythm was still a scientific mystery. The discovery of details on how it acts by American geneticists Jeffery C. Hall, Michael Rosbash and Michael W. Young was awarded the Nobel Prize in Medicine and Psychology in 2017. Hall and Rosbash are also chronobiologists.

Working together, the trio identified a gene that is responsible for decoding a protein that is accumulated during the night and, later, is degraded during the day. They identified additional protein components of this system, which has a self-maintenance mechanism.

Light is one of the biggest influence factors of our circadian rhythm because it is the trigger for producing melatonin, whose production peak happens between 2 and 4 a.m. Exposure to artificial light during the night hinders its secretion, leading to a deregulation in the circadian rhythm.

Besides light, other factors affect its functioning, such as body temperature, study and work times, physical activities and the times you practice them, what you eat, and your age (this is why, for instance, teenagers are more nocturnal: at this age, there is a delay in the melatonin curve).

5. Is it possible to change a person’s circadian rhythm?

Naturally, through life, the circadian rhythm undergoes alterations. Age itself makes it variate. But, for different reasons, people might need to change their sleep cycle and wake up – whether due to changing a lifestyle, having a new job, moving to a place in a different time zone or other reasons.

For these changes to be permanent, it is necessary to work in the long run. For instance, taking sleeping medicine at night and having a high caffeine dose in the morning may help at the beginning and in given moments, but they do not represent an effective change.

If you want (or need) to change your sleep routine, some techniques that actually work are light therapy, adjusting food and sport practice times, diminishing stimulant consumption, and maintaining a regular waking up time. Little by little, adaptation happens.

6. How does the circadian rhythm affect sleep?

Despite involving other body processes, the majority of references to circadian rhythm ends up related to sleep. That happens because it is a 24-hour cycle regulated by the presence and absence of light, which keeps us alert during the day and resting at night.

Besides the circadian rhythm, there are other biological rhythms:

– Ultradian rhythms (cycles of less than 20 hours that repeat several times during the day, such as the respiratory cycle)

– Infradian rhythms (which last more than 28 hours, such as the menstrual cycle)

7. Are circadian rhythm and chronotype the same?

Even though they are closely related, circadian rhythm and chronotype are not synonyms.

Simply put: chronotype is the synchronization of circadian rhythms, which, as its name suggests, occurs every 24 hours (circa: close to; diano: one day).

8. What happens if the circadian rhythm is deregulated?

A deregulated circadian rhythm causes bad sleep, and sleeping badly has deep impacts in a person’s physical, mental, emotional, and even financial health. These effects include more difficulty in making decisions and an increased risk of hypertension, stroke and heart attacks, among others.

Even when a person continues sleeping more or less the same number of hours and there is an external impression that everything remains the same, the deregulation of the circadian cycle makes sleep become fragmented, which prevents reaching the deeper sleep phases (N3 and REM). It’s as if, instead of really sleeping, you spent the whole night nodding off, without actually resting.

There is evidence that suggests that frequently ignoring your circadian rhythm increases the risk of suffering from depression.

9. How can I take care of my circadian cycle?

Most sleeping tips are also tips to keep a stable circadian cycle. Here are some of them:

– Keep a regular sleep schedule, aiming to go to bed and wake up at similar hours whenever possible. Creating a pre-sleep routine or practicing sleep hygiene can help in achieving this regularity.

– Avoid caffeine, alcohol, and heavy foods at night. Coffee is a stimulant that can be in effect up to seven hours after its consumption. On the other hand, alcohol is a sedative: it gives the impression of sleepiness, but it’s just sedation. Heavy (rich in fat, spicy, seasoned) foods have a slow digestion, making nocturnal rest difficult.

– Avoid long or late naps. The ‘perfect nap’ lasts between 15 and 30 minutes and happens, at most, during the middle of the afternoon.

There is an entire category of sleep disturbances related to problems in the circadian rhythm – that is, the lack of alignment between effective sleep time and the time a person should be sleeping depending on their natural tendencies. They are:

Do you have any doubt on how the circadian cycle works? Comment on Persono’s social media and we’ll help you out. Good night! 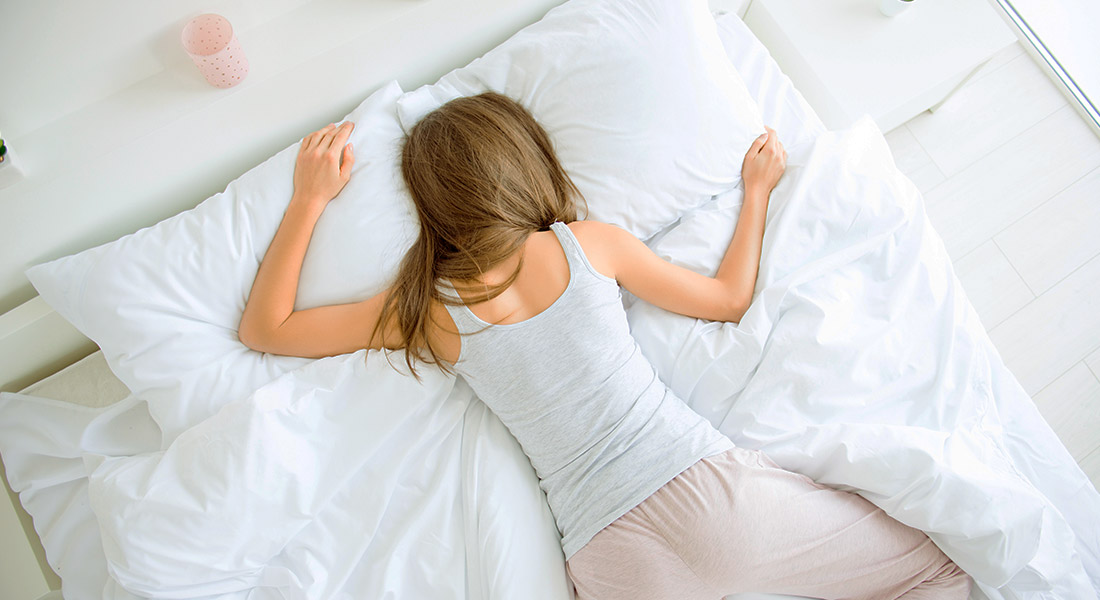